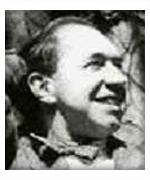 Chelsea-born Richard Addinsell studied at the Royal College of Music
but found success early, writing songs for revues and incidental music for the theatre.

He later enjoyed notable theatrical collaborations with the writer Clemence Dane
and a long professional association with the comedienne Joyce Grenfell,
for whom he wrote songs from the Forties to the Sixties.