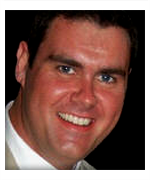 After leaving King’s Manor in 1994, Ken went to study theatre and American studies at the University of Wolverhampton.

After graduating with his bachelor’s degree, he went to start a career in the USA.

Ken decided to go back to University in 2009 to study psychology, and graduated in 2011 with a 3.80 GPA, from the University of Phoenix, in Arizona.